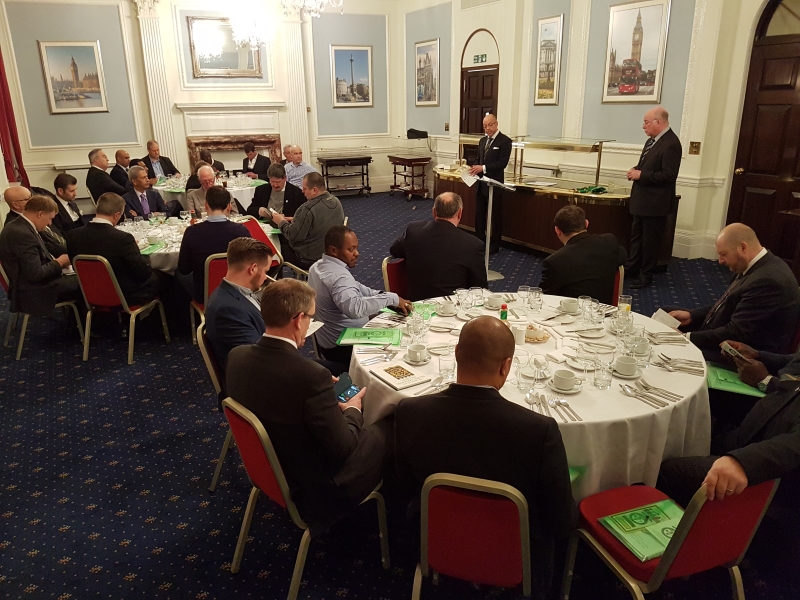 On 19th January, the District Grand Prefect Colin Woodcock hosted an Awareness Evening at Mark Masons’ Hall for the District of London.

After warmly welcoming the 50 or so Brethren, of whom 30 were potential candidates, the DGP gave a brief history of the Order and talked about the how the District is organised, the regalia of the Order and the lessons that the five degrees teach us.

The Deputy District Grand Prefect, Steven Warwick, then mentioned the imminent consecration of the new Council – the Goose & Gridiron – and how the District anticipated that this new unit, meeting on a Saturday, would appeal to younger Masons who perhaps had busy work schedules during the week.

The District Grand Prefect then opened the floor to questions, of which there were several, before inviting those present to join him for one of Mark Masons’ Hall’s excellent carveries. There then followed more conversations over a few post-dinner drinks in the bar! 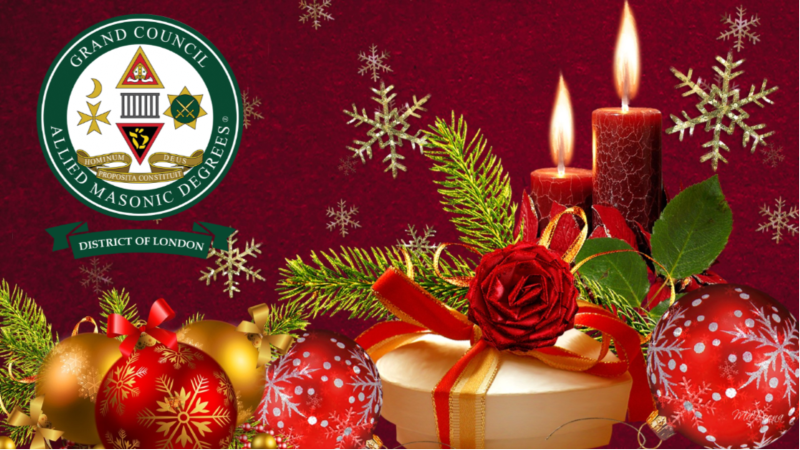 Dear Brethren all, where has the year gone? I do not know about you but time has really flown by; perhaps it is a sign of our times, so much to do - family, work and Masonic commitments, anxious time spent urging our cricket team to excel, wasted time spent encouraging the English football team and then there was the rugby – we beat Australia, ahh… total bliss! Nothing else matters, success is infectious and brings much contentment. So I arrive at this time of year with a spring in my step and without a raincoat, the weather has even perked up and all that is left is for me is to make my last-minute dash to the shops for some gifts. Every year I end up in John Lewis in Oxford Street on or around Christmas Eve. The shop is a saviour for shoppers like me; I am sure the staff know me and smile benignly as I trudge out laden with bags – they must remember me from last year!

Distinguished guests, brethren all, I have already made so many ‘welcomes’ here but let me, once again welcome you all to our District Meeting.  I do appreciate the support you have all given by making 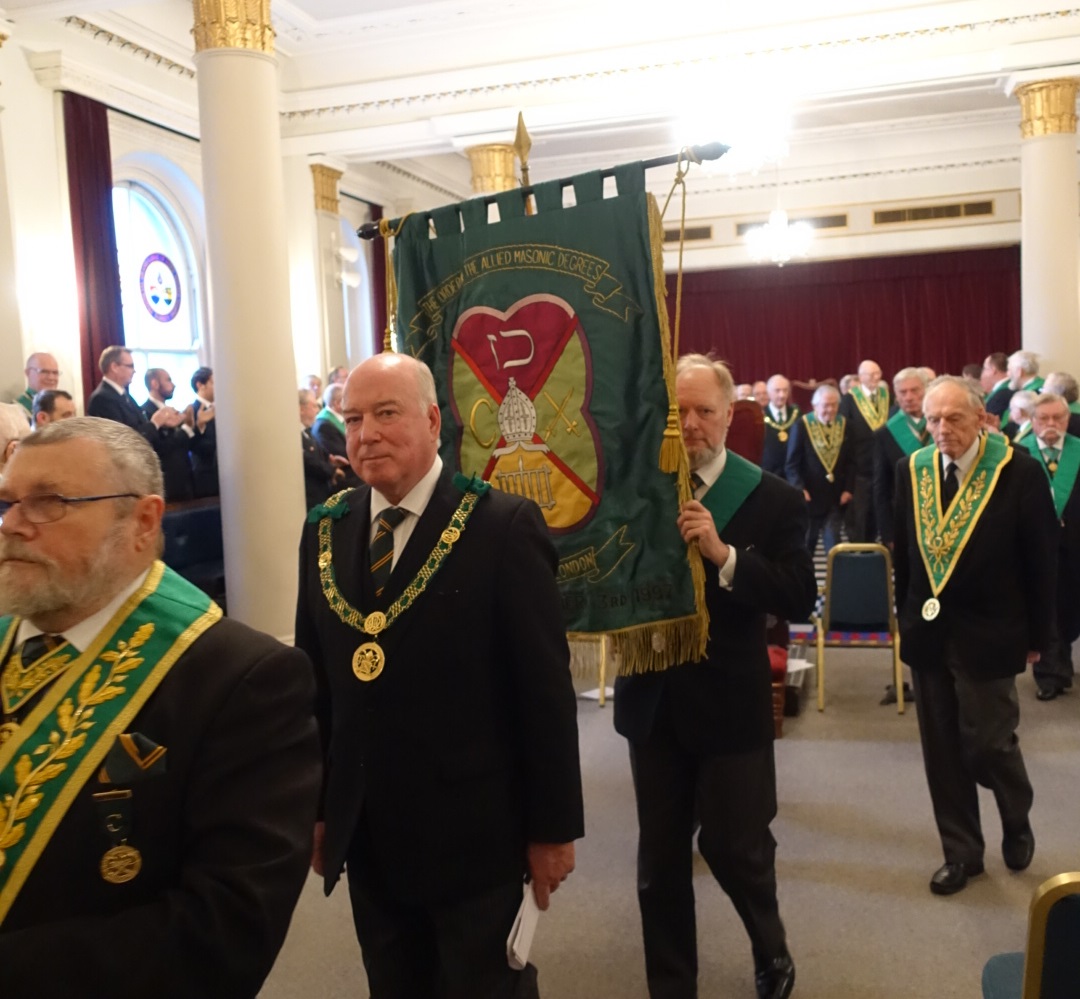 the effort to be here today, our numbers are up this year, yet again, and it certainly enhances any meeting to have good numbers.

It continues, for me, to be an enormous privilege to hold the office of District Grand Prefect for London and I am conscious of this every time that I visit a council or when I represent you in other Districts.  Between Steven, myself and the Wardens of the year we have visited widely across the District and on every occasion we have been met with all we would expect from this Order – good Companionship, well worked ceremonies and an enthusiasm and commitment to the Allied Masonic Degrees. 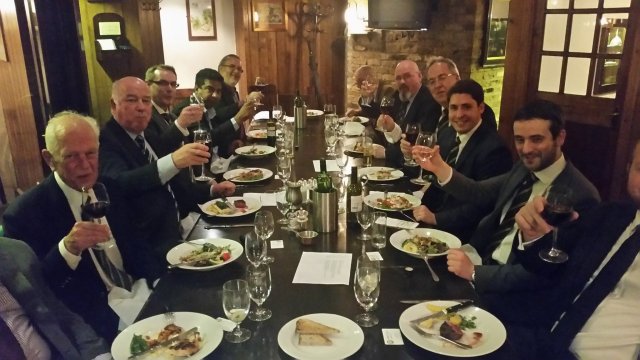 Hosted by the District Grand Prefect, the evening started with a drinks reception where the lively conversation and laughter continued over a great meal.

Dinner was rounded off with a warm welcome from the DGP, during which he made reference to the interesting history of the Allied Masonic Degrees in England. He went on to explain his vision for the Order and shared with us statistics demonstrating that his strategy for growing the membership was working.

He thanked everyone for attending, with special thanks to Al Perry for organising an excellent evening, which ended with much conviviality - and a few more drinks!