On the chilly Saturday morning of November 19th 2022 the first of the helpers arrived at Mark Masons’ Hall to assist the District Secretariat to prepare for the Allied Masonic Degrees District of London Annual Meeting.

Signing in sheets were laid out, changing room signs were displayed, Lodge and dining seating plans put up, summons distributed and other jobs assigned all executed like a well-oiled machine. 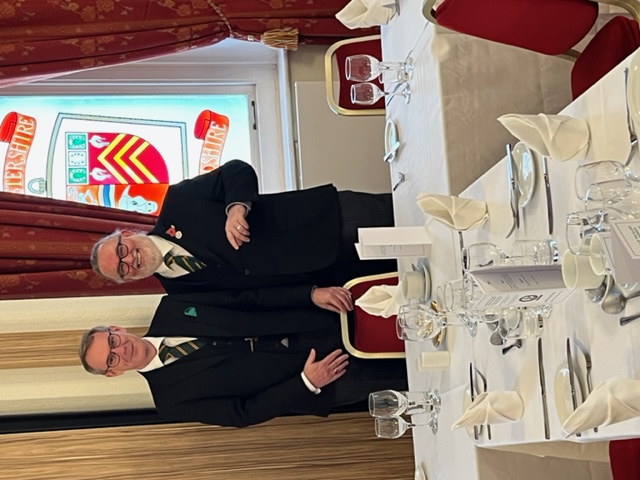 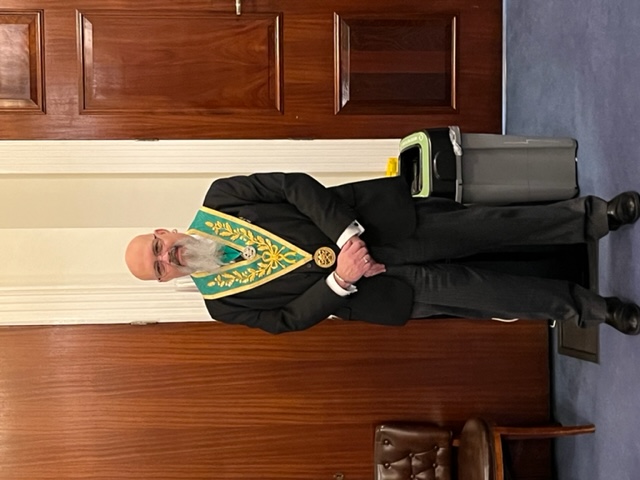 Distinguished guests from other Districts and Orders started to arrive, along with District members. 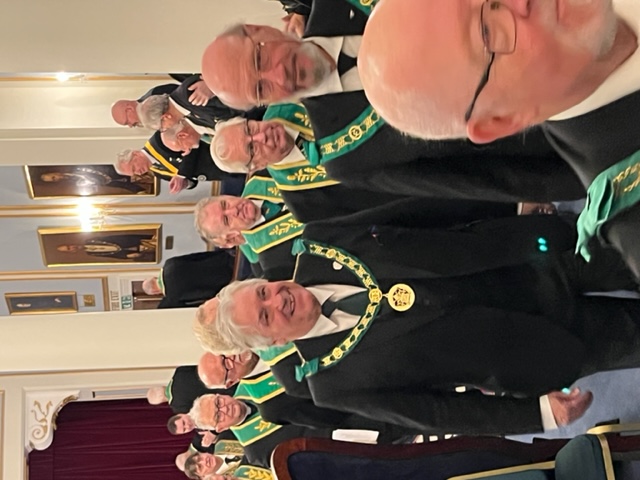 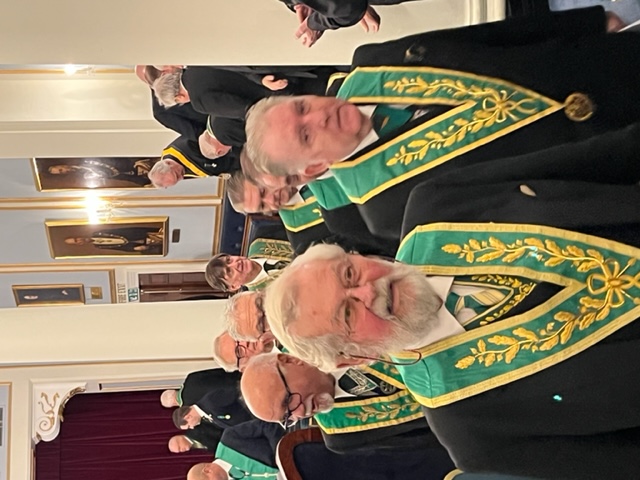 District Grand Lodge was then opened and silent periods of reflection were observed for the late Queen Elizabeth II as well as for members of the District who had been called to Higher Service in the last 12 months.

The DGP then welcomed the distinguished brethren from other Districts as well as Heads and representatives of other orders.

All 11 District Councils were represented and there were also a number of newly admitted Brethren who were warmly welcomed to the meeting.

Before appointing and investing his District Officers for the year, the DGP paid a heartful thanks to W. Bro. Mike Adkins for his years of loyal service as District Grand Director of Ceremonies. 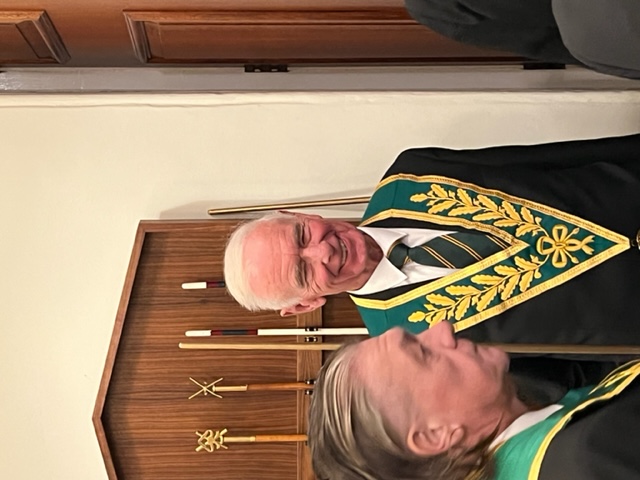 The District Grand Officers appointed and invested for the year can be found here.

First Appointment to Past Rank:

The District Grand Prefect then delivered his Annual Address, which can be read here.

The District Grand Council was then closed and Brethren retired to the VIP bar area and the main bar for some pre lunch refreshments. 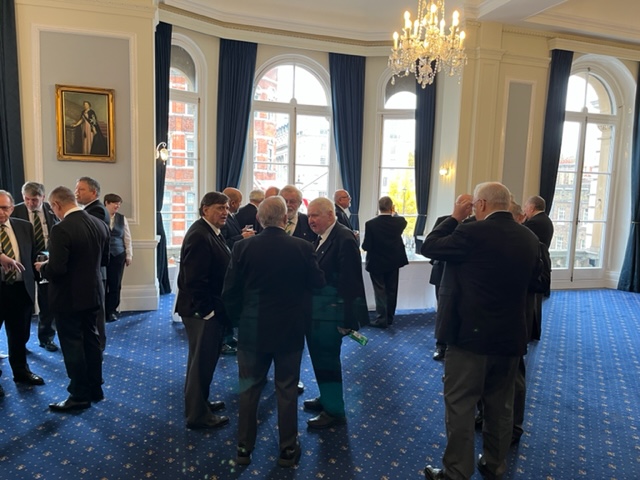 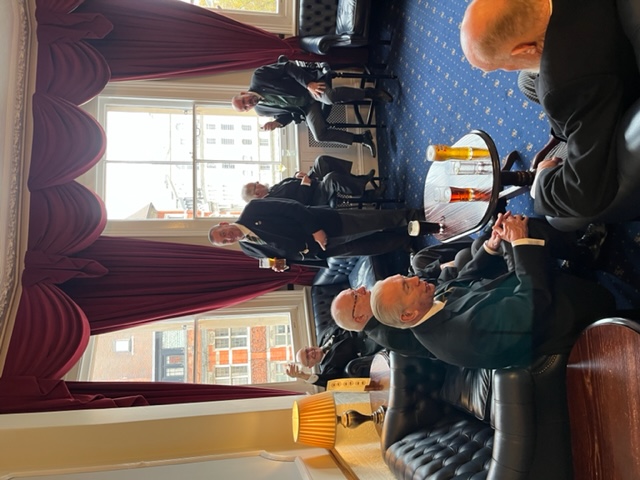 A light lunch was then served to a room full of smiles, chatter and laughter. Wine was taken, Toasts were given until finally the District Grand Prefect wished everyone a safe journey and a final toast to our next merry meeting. 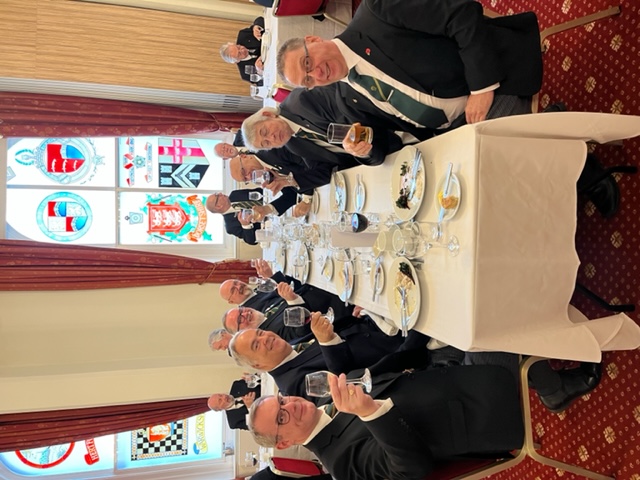 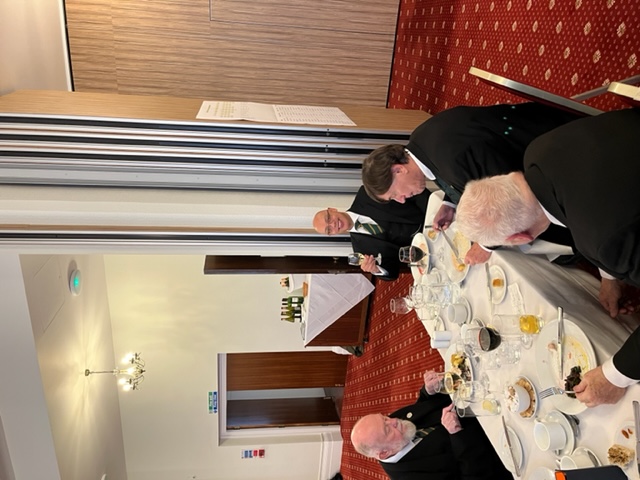