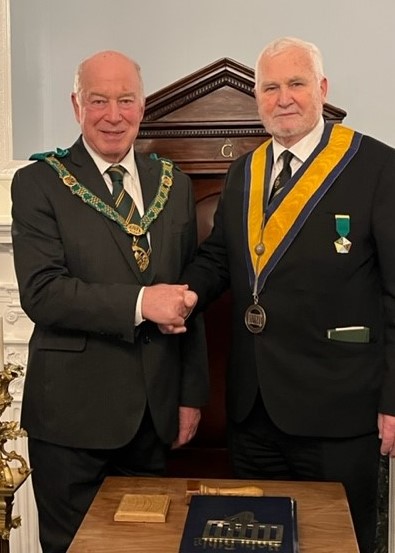 On Monday 21st November members of The Council of the Four Kings No.7 assembled in the Brazil room at Mark Masons' Hall for their installation meeting.

After opening they welcomed R. W. Bro. Colin Woodcock MBE, the District Grand Prefect into the meeting. He was accompanied by a large delegation of District Grand Officers. 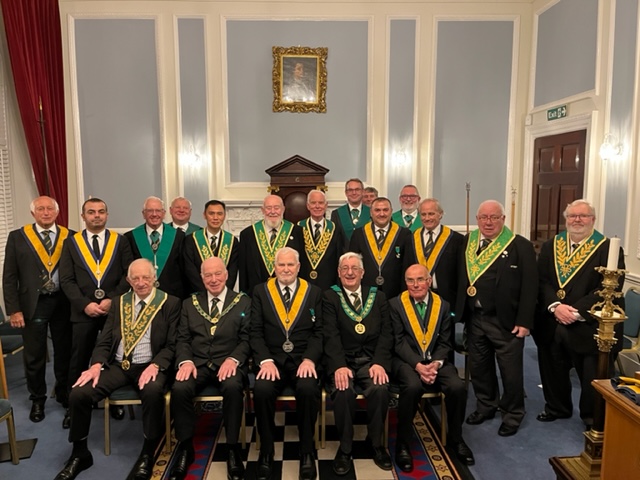 After the meeting was closed, brethren made their way to the holding area on the 2nd floor (aka The Bar), before assembling in the Egerton room to partake in a splendid and convivial festive board. Wine was taken, Toasts were made before brethren toasted to their next merry meeting.

More photos from the meeting can be viewed here