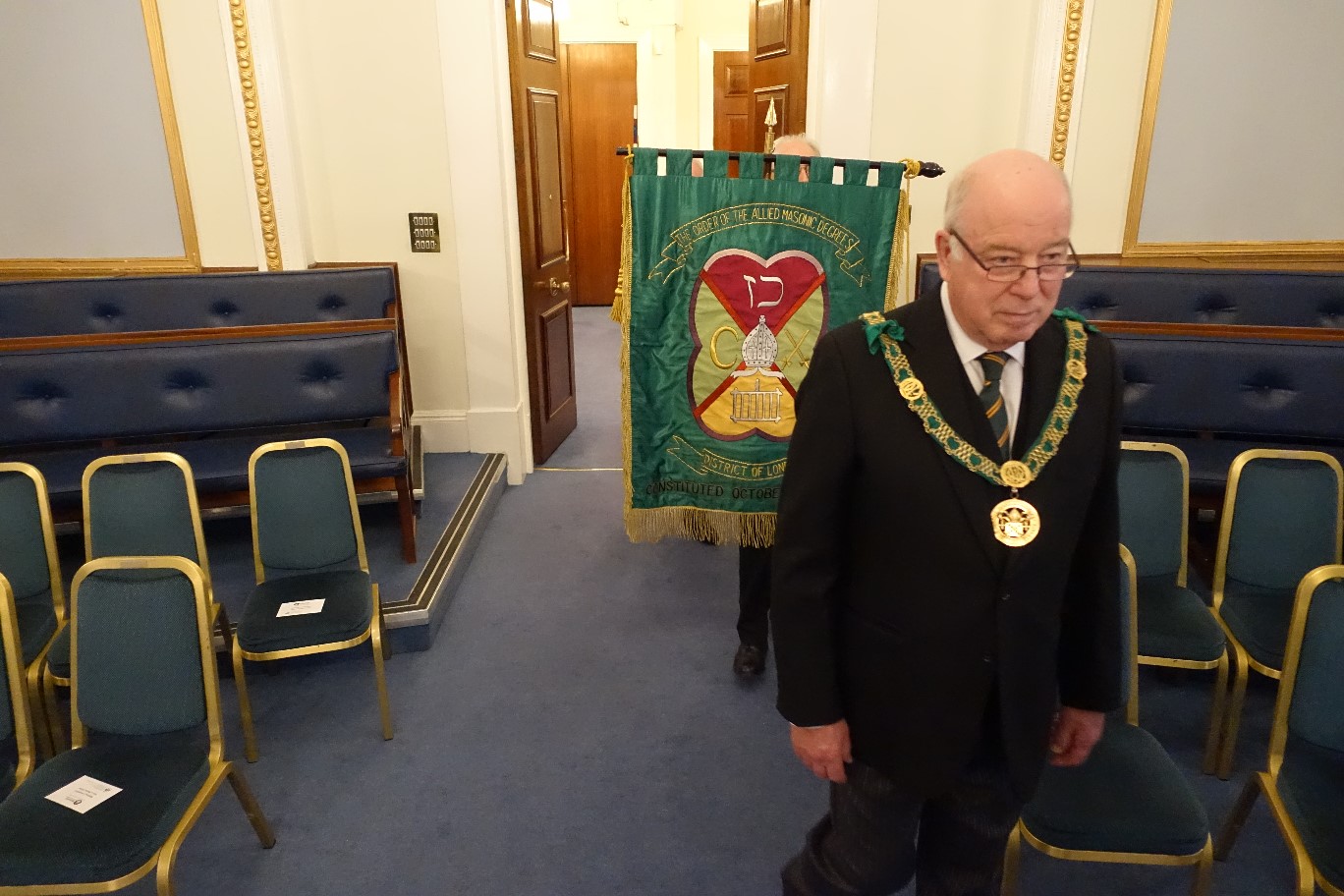 On Saturday 20th November 2021, members of the Allied Masonic Degrees for the District of London along with distinguished brethren from other districts assembled in Grand Temple at Mark Masons' Hall for the District's Annual Meeting.

The meeting was opened at 11am by R.W. Bro. Colin Woodcock MBE, District Grand Prefect for London.

He gave a warm welcome to everybody and thanked them for their attendance. Visitors representing other districts were then introduced. All 11 Councils in London were represented by members in attendance.

A moment of silence was then observed in respect of those brethren who had passed to the Grand Lodge above during the past year. Colin also informed the brethren of the sad news that W. Bro. Anthony Carew-Hunt had passed away just a few days prior to the meeting. Tony was the District Grand Senior Deacon and a valued member of the Order and will be sadly missed.

Colin, thanked the hard work of his Executive and the secretariat for all their hard work in the past 12 months.

District Officers were then invested along with those receiving promotions.

The District Grand Prefect's Address can be read here.

The meeting was closed at noon and attendees retired to the bar before gathering for a splendid Festive Board. As you would expect from AMD gatherings there was much chatter, smiling faces and laughter. A great event, and much credit goes to W. Bro. Scott Cargill, District Grand Secretary and W. Bro. Richard
Criddle, Assistant District Grand Secretary for putting the event together.

Further photographs from the event can been seen here. 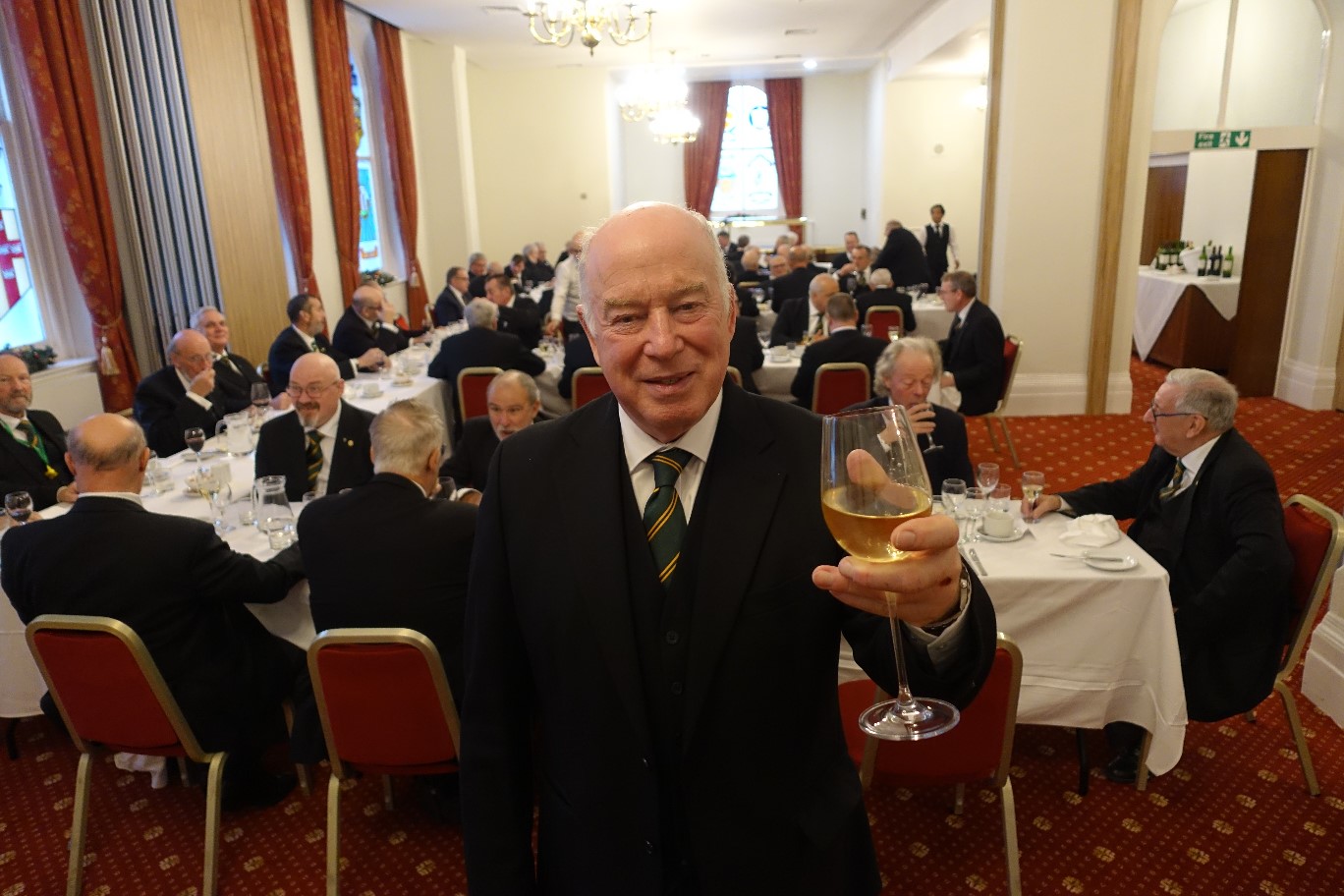