There then followed a busy schedule of work. Starting with W. Bro. Shirish Patel being admitted as a joining member.

Bro. Paul Askham-Spencer was then introduced into the order with Worshipful Master W. Bro. Terry Worrall conducting the ceremony of St. Lawrence the Martyr using the "Eastenders" Workings of the ritual. 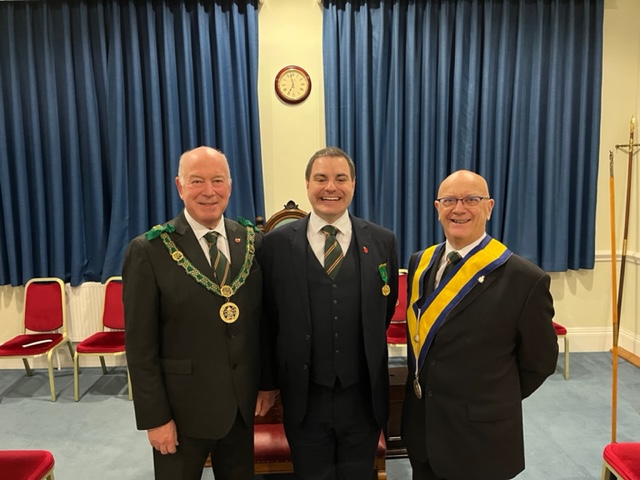 The room was then prepared for the ceremony of Grand High Priest which was in the capable hands of W. Bro. Roger Keys, who Anointed, Consecrated and Set Apart five Brethren into the order with Bro. Jake Mossom acting as the Nominated Candidate.

The District Grand Prefect then rounded off the ceremonial by presenting members of the Council with their unique "A" jewel.

Brethren then retired to the Hertfordshire room where a joyful festive board was held in a room full of chatter and laughter. Wine was taken, Toasts were made before finally we drank to our next merry meeting.

Some photos from the evening can be viewed here.