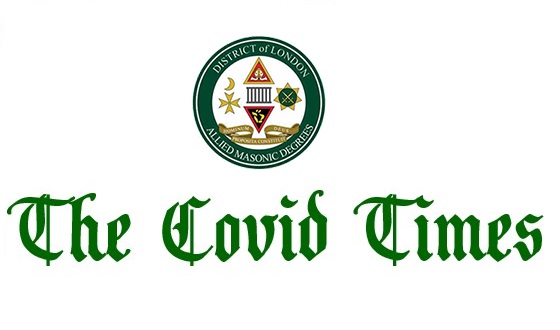 The fourth edition of The Covid News is now available. The editorial team has been busy sourcing new material and other items, which may amuse, interest, amaze or even mystify – read on…...

This will be an irregular publication designed to keep us in touch with each other in our wonderful world of AMD Masonry in London. A light-hearted distraction from the difficult times we all find ourselves in.

To read the latest edition simply click on the link above

Or you can click on "LATEST" in the menu bar at the top of the page. Under here you will see the "COVID TIMES" menu item, listed with this item will be all the editions as they are published.

The Knights of Constantinople - Ritual from the past

Some time ago, Graham Francis of The Council of the Four Kings No.7, won an auction for a copy of a Victorian publication entitled Ritual of Freemasonry. This included a working of The Knights of Constantinople before the Allied Masonic Degrees were formed. Graham has completed a comparison between this ritual and the one we practice today, and the result can be read below.

The Knights of Constantinople - Ritual from the past

A Comparison by Graham Francis

The degree of the Knights of Constantinople is considered to be a real ‘side’ order as many years ago it was customary for one Brother to confer it on another. Significantly the degree was called an honorary degree and although it may have been conferred by one Mason on another, it was generally carried out in a lodge or chapter after the regular business of the meeting had been completed.

The volume of “Ritual of Freemasonry” describes a ritual similar to that which we perform today but with some significant differences to the ritual as we know it today. This earlier ritual is much shorter but still focuses on the theme of equality between ‘the common people’ and the ‘nobility’.

Significantly, as the earlier ritual is normally performed at the end of a lodge or chapter meeting, there is no form of opening or closing a Council of the Knights of Constantinople; the candidate is simply brought in to the lodge by their conductor who opens the door themselves and leads the candidate by the arm.

The earlier ceremony begins in a similar fashion to that of our current ritual in that the candidate is brought in by his conductor, who represents one of Constantine’s noblemen. The rest of the brethren or six knights represent the common people who are all working. Our current ritual describes these as artisans and labourers who simulate the sounds of work by banging gavels and engaging in animated conversations, unlike those in the earlier ritual which describes them as ‘tinkers, shoe-makers, joiners, tailors, etc’.

There is no variation between the two rituals in the initial introduction made by the Conductor with the exception of ‘a low bow’ being made after the words ‘humble servants’ have been uttered. The ceremonies are then the same except that in the earlier ritual ‘they return arm in arm’ and do not bow at the point of addressing the Illustrious Potentate again who is actually named as Constantine in the older ritual.

The ceremony then follows a similar route for each ritual with some minor changes in wording until the ‘common people’ agree to confer the degree on the candidate, except that in the current degree all agree by saying ‘Oh Yes’ three times whilst ‘three or four’ of the labourers are required to give their assent in the former. A further change is seen in the semantics used in the former; the obligation is taken whilst in the present ritual the candidate has to show that they are ‘willing to enter into our Obligation’.

It is at this point that the rituals take very different routes with the former demonstrating a more physical approach to masonry that was often observed in early freemasonry. In the earlier ritual it is at this point that the candidate is hoodwinked, kneels down and takes an oath. Again there are variations between the oath and the current obligation with the most obvious being that the oath is taken ‘In the presence of Almighty God and these six knights of Constantinople’. There is of course no reference to St. Lawrence the Martyr at this point as this degree would have been confirmed before the Allied Masonic Degrees as they now are had been formed. The former oath continues with the acknowledgement that ‘all men are equal’, followed by the requirement for secrecy. The oath then concludes with the ancient penalty of the degree should the candidate violate their oath and obligation, although it would appear that the penalty was not implied but actual. The candidate then kisses ‘the book’ which is assumed to be the Bible due to the earlier reference to Almighty God.

It is at this point the former ritual becomes a little violent with the candidate still blindfolded; ‘the brethren surround him, and strike him in the sides, breast and back with the end of their thumbs’ asking him if all men are equal. If the candidate says yes, the hoodwink is removed. But if he does not agree ‘they continue to pound him until they have expelled his 'aristocratical principles’. The candidate is then shown the sign which alludes to the penalty and the ceremony is ended. This earlier ritual concludes with the history of the degree which is very similar to that of the current lecture associated with the degree.

The details of the early degree have been taken from the book ‘Ritual of Freemasonry’ published in London by Reeves and Turner of 196, Strand, London. The publisher occupied these premises from 1867 until 1894 and it was at some time during this period that the book was published. 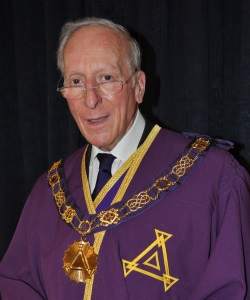 I regret to inform you that R. W. Bro. Stephen Ayre, Past President of the AMD Executive Committee, passed to the Grand Council above on 31st March 2020.

Stephen was a towering figure in Freemasonry and was a Grand Officer in everything he was a member of. He was well known in all Orders in London and was, in particular, enormously supportive to me when I was Installed as District Grand Prefect.

In our own Order he had been a masterful Grand Director of Ceremonies (2013 - 2014) and then became the President of the Executive Committee (2016 - 2018) where he presided over committees and conferences with his unique character, much humour and always a steely determination to do the best for the Order.

He will be missed most certainly by myself, by the Order, and by all who knew him. 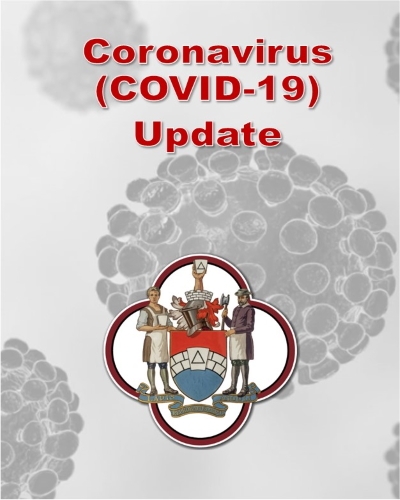 Please read the attached communication from The Grand Lodge of Mark Master Masons which has guidance for all Orders administered from Mark Masons' Hall.